Who can abide the day of his coming?

Abstract: The theme of Advent’s second Sunday is the coming of the messenger. The concept of a messenger whom God will send firmly links the O.T. reading from Malachi with Luke’s account of the arrival of John the Baptist upon the scene. There is a striking resemblance between Malachi’s messenger and Luke’s John the Baptist. The unexpected nature of the message poses a challenge to the hearer. 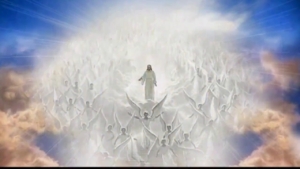 The searing words of the prophet Malachi burst into our own time with an intensity that is truly daunting when we stop to consider them:

Of course, these words immediately conjure to mind Handel’s haunting melodic aria of the same name in his oratorio The Messiah. Charles Brenner, a wealthy English landowner and a principal patron of George Frederick Handel complied the libretto for The Messiah, which Handel set to astonishing musical effect. In fact, Brenner complied the libretti for no less than five of Handel’s oratorios.

Malachi is among a slew of prophets known as the minor prophets, or alternatively, as the Twelve. The term minor refers not to the importance of their message but to the shortness of the books that bear their names.

We don’t know much about the prophet Malachi. In fact Malachi is not his name, but simply means messenger – something he makes clear in chapter three addressing the post-exilic community.

All twelve of the minor prophets speak into the historical period in the decades following the return of the Babylonian exiles in the middle of the fourth-century BC. The rebuilding of Jerusalem and the temple expressed a powerful hope for a return to the glory days of King David.  The hope in this period could be summed up in the soundbite -let’s make Israel great again!

As Malachi surveyed his society he saw the misguided hopes of reconstruction that had failed to recreate the nostalgic dream for a new Davidic age. The renewed institutions of national life centered on the temple were debased and impoverished replicas of the return of longed for past.  Worship had degenerated into a listless perpetuation of form. The study of the Law – neglected. Taxes – unpaid. The Sabbath routinely broken. Intermarriage with pagans seemed the order of the day. The priesthood – corrupt, and the political leadership – self-serving. Into this moral vacuum Malachi proclaims God’s impending judgement- sounding a warning – the coming judgment of the Lord will be hard to bear.

The Lord will sit as a refiner and purifier of silver, and he will purify the descendants of Levi and refine them like gold and silver.

The reference to the descendants of Levi makes clear that it is the priestly cast that Malachi has in his sights.

Judah’s Post-Exilic period typifies the problem when a nostalgic longing for a past that existed only in the hindsight of imagination becomes the template for a future as yet not only unrealized but unrealizable. This results in a present-time – marked by disillusionment and moral malaise. Doesn’t this at all sound rather familiar?

The contemporary religious scene in America is one in which the religious right continues to spiral into darker visions of craziness in their rush back to a past characterized by the violence of its racial and cultural paranoia – the very qualities that are making this version of the past unrealizable in the future where the world has fundamentally changed. In their fear and frustration, they abandon the teaching of Jesus for the comforting paranoia of a primitive tribal religion of them and us. The left grows increasingly indifferent to, and dismissive of, a Christian voice in the civic square- while the middle ground of traditional moderation writhes in a crisis of confidence. Having privatized his message, the sensible middle no longer has the courage or energy to believe in the power of Jesus’ message of the kingdom.

The challenge for us is to know which message to trust and to give our allegiance to. We want an easy message or a message that does not disturb us too much – an expectation bound to be frustrated for the prophetic hope by its nature disturbs our self-protections; hope challenges the false certainties that provide the illusion of safety.

The world of the first quarter of the 21st-century is in transition as the 20th-century’s social and political tectonic plates break apart and begin to realign. The rampant creed of individualism – unchecked, of globalized, unrestricted venture capitalism -unleashed, of wholesale destruction of the environment -present us the prospect of humanity’s very sticky end. As the tectonic plates of former certainties shatter, it will be the kind of message we embrace that will matter.

As the world continues to fail to rise to the challenges of global pandemic and climate emergency, we are reminded only too painfully that there will always be those who are easily manipulated into embracing the small and pernicious stories of our culture, which have led to nowhere good. I speak here of traditions of racism, of gender oppression, of military adventurism, of planetary exploitation for personal profit, of both laissez faire economics and nationalist protectionism.

In times of affluence and prosperity the Christian message of hope loses it potency. Cocooned in self-satisfied prosperity, the Christian message loses its political bite. In such a world we who are self-sufficient have no need of it – as evidenced by declining church attendance. And yet in Advent we are reminded that hope springs eternal. Nevertheless, T.S. Eliot cautions us that hope will easily slip into hope for the wrong thing if our hope is only to be comfortable and left undisturbed. The danger for human beings is our tendency to settle for only that which our impoverished and venal imaginations are capable of conjuring. Hope, Eliot reminds us, is fulfilled only when we have the courage to wait as a future reshaped emerges slowly and at times painfully from our acknowledgment of past failures and a determination to learn from our mistakes.

The Advent hope is the greater story of the reign of God’s justice which is a vision:

Who can endure the day of the Lord’s coming? The future begins now!