Hands on the Plow

Once again, the assertion of patriarchy – the fear-fueled maintenance of gender inequality – casts its dark shadow across the bodies of America’s women – signaling the urgency of the moment. 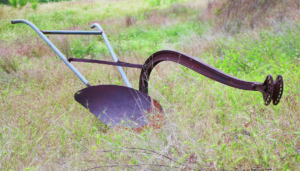 In Dobbs v’s Jackson the Supreme Court enshrines a specific moral and religious worldview, that a supposedly biblical and reactionary understanding of Christianity can be imposed upon wider society. Of course this is not stated, but is concealed behind the legal fig leaf of Originalism – an approach to the Constitution that mirrors a literalist reading of the Bible.

The overturning of Roe comes at the end of a week in which the Supreme Court also declared that state law cannot restrict second amendment rights, and that conservative religious schools are entitled to state money to support their exclusionary agendas – thus preserving the gravy train of public funds. The reversal of Roe v’s Wade is the third ruling in a week that makes clear the direction of the conservative Justices in future rulings.

I want to offer one fruitful line of response – namely the renewal of a progressive and inclusionary understanding of Christian discipleship among Christians of the mainstream – a term covering liberal and progressive interpretations of the teachings of Jesus.

The contours of discipleship vary from person to person. God not only calls us as we currently are but also as the persons, we have the potential to grow into becoming. What that looks like is a matter of individual temperament, individual gifts, passions, and concerns – these are the lenses through which God’s call is illuminated in each of us.

But in most churches of the mainstream membership rather than discipleship characterizes our relationship to Christian community.

Members are concerned with supporting the organization to which they belong:

Disciples see themselves as active participants in the Church’s ministry and not just supporters of the organization:

One Christian is no Christian according to the early church father, Tertullian. By this he means Christian identity is a group not and individual thing. We respond to our call through loving God and loving the people among whom we live out our lives, moment-by-moment, day-by-day, one breath at a time. In short, as Christians, we respond to God through participation in lives of discipleship within Christian community.

Pilgrim communities are spiritual communities that encourage, equip, and sustain us to work together to become the change we long to experience in the world around us. I think we are all gripped with a sense of the urgency for change. The thing about gripping – if we grip or are gripped too tightly – the result is paralysis.

In reversing Roe, for the first time the Supreme Court has taken away an established constitutional right from millions of Americans – on the spurious justification that the right is not spelled out in the Constitution. On this basis there seems no reason to trust they do not intend to further roll back constitutional rights the Court has extended for same gender marriage and sexual identity equalities. Afterall, as has been already demonstrated, their word is hardly their bond.

The purported love for the yet to be born is an easy way to avoid acknowledging your part in the perpetuation of injustice in the world.

The unborn are a convenient group to advocate for. They never make demands of you; they are morally uncomplicated, unlike the incarcerated, addicted, or the chronically poor; they don’t resent your condescension or complain that you are not politically correct; unlike widows, they don’t ask you to question patriarchy; unlike orphans, they don’t need money, education, or childcare; unlike aliens, they don’t bring all that racial, cultural, and religious baggage that you dislike; they allow you to feel good about yourself without any work at creating or maintaining relationships; and when they are born, you can forget about them because they cease to be unborn. … They are in short, the perfect people to love if you want to claim you love Jesus, but actually dislike people who breathe. Prisoners? Immigrants? The sick? The poor? Widows? Orphans? All the groups that are specifically mentioned in the Bible.

Jesus said: Follow me. The response he got was straight out of the mainstream Christian playbook. Lord, let me first go and bury my father – in other words sorry Lord I’m really busy. Jesus said: Let the dead bury their own; but as for you, go and proclaim the kingdom of God. But what he heard was: I will follow you, Lord; but let me first say goodbye to those at home. To which Jesus gave and instruction: No one who puts a hand to the plow and looks back is fit for the kingdom of God!

Jesus makes his meaning plain: No one who puts a hand to the plow and looks back is fit for the kingdom of God. Every person ministry requires the participation and energy of everyone. There is no room for those who stand on the sidelines expecting others to do the work. No use huffing a puffing about the audacity of the religious right if you are not going to do the work needed to preserve and defend a more authentic Christian vision.

Christian community can be a force for good, but as we see Christian community can also be a facade for more pernicious doctrine and a defense of the indefensible. A lot hangs on what the exact nature of being organized involves and the goal for which we organize. Is the rallying cry back to the future or is it working for a future different than the past?

Jesus has a habit of cutting to the quick by employing more than a little hyperbole. His words in Luke 9 need to be heard in the context of urgency. Jesus has turned his face towards the road to Jerusalem. This is the road of discipleship and if we are willing to travel with Jesus on this road, we will learn what it means to move beyond the commitments of membership to embrace the urgency of discipleship.

Once again, the assertion of patriarchy – the fear-fueled maintenance of gender inequality – casts its dark shadow across the bodies of America’s women – trans as well as cisi gendered – with clear implications for members of the LGBTQ community and other minorities who do not identified in the text of the Constitution.

No one who puts a hand to the plow and looks back is fit for the kingdom of God. Plowing season has been thrust upon us – the urgency of the moment is upon us. Can there be no better time to get our hands dirty.