At St. Martin’s, music sets the drum beat, so to speak, of our worship, helping to regulate the flow of the liturgy. We envision music as an instrument of Christian formation and spiritual growth as well as community outreach. We believe in the power of traditional sacred music to speak to the longings of many who seek to find their spiritual path. And because that path leads amidst the challenges of contemporary life, we constantly pursue new and creative directions for our music ministry.

The Adult Choir at St. Martin’s includes church members of wide-ranging musical experience and ability, expertly led by four professional singers under the direction of Dr. Gabe Alfieri. Our goal is to enrich worship with well-prepared music matched to the strengths of the group within the venerable and ongoing musical tradition of the Anglican church, while exploring other musical traditions that broaden and deepen our  worship experience. No audition required; all you need is a love of music and the desire to sing! We generally rehearse Thursdays 7:30-9 pm. For more information, contact Gabe Alfieri at galfieri@stmartinsprov.org. 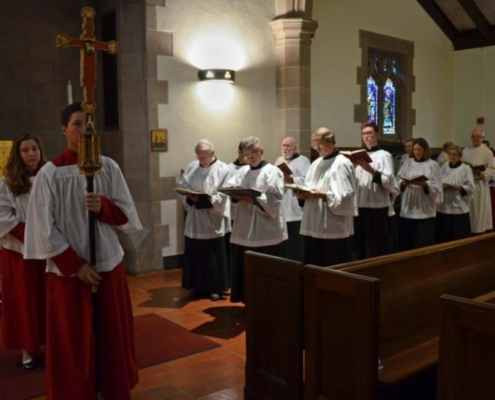 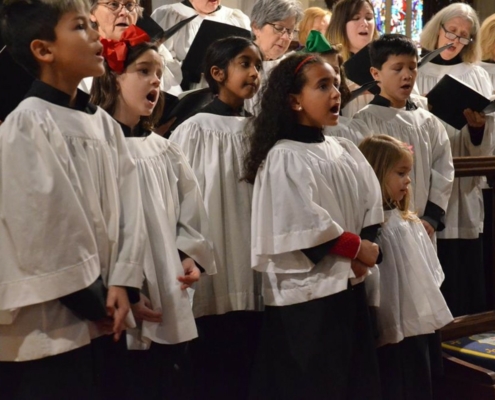 Our Young People’s Choir aims to give young musicians the experience of making music and having fun while developing their singing voices, learning to work together, and performing with the Adult Choir several times per church year.

The choir is open to all children. We hold our music in trust as a resource to support not only parish worship but also the musical education of young people in the wider community. Thus, it is not necessary to be an Episcopalian, or even a Christian, to join the group, and no audition is required. We generally rehearse Thursdays 6:30-7:00 pm. For more information, contact the director, Gabe Alfieri, at galfieri@stmartinsprov.org.

Our monthly evensong services have been temporarily suspended. Please check the church calendar for special evensong events as they are added.

Evensong is the Anglican equivalent of Sung Vespers and epitomizes the glory of our musical tradition. As the office for early evening, its prayers and cadences reflect the biorhythms of twilight, when the sun’s rays are fading and the lamps are lit for night.

The service is generally sung a cappella by the St. Martin’s Chapel Consort–our quartet of professional singers–except for two special services per church year, where the full choir, organ, and occasional guest instrumentalists are added. 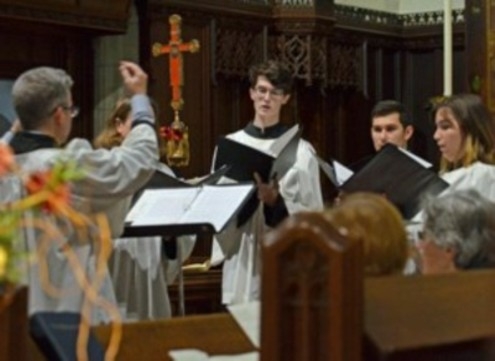 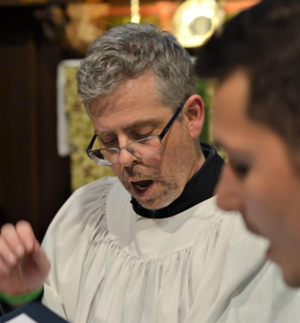 Before accepting the position of Director of Music at St. Martin’s, Gabe Alfieri, PhD, was the choir’s bass soloist for many years. He is an active professional vocalist, teacher, and music scholar. He has taught at the New England Conservatory, Providence College, and elsewhere, in both the studio and classroom, as well as directing; currently, he serves on the music faculty at Salve Regina University in Newport, RI. He holds a Bachelor’s degree summa cum laude in voice performance, two Master’s degrees with academic honors in voice/pedagogy and musicology, and a Ph.D. in historical musicology. He brings to his work with the choirs at St. Martin’s the experience of a professional singer, singing teacher, and scholar. Click for full CV & resume. 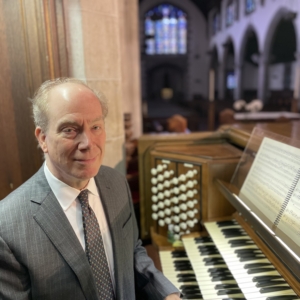 A native of Bronxville, New York, John Winthrop Brooks first discerned his calling as a church musician as a chorister at his home parish, Christ Church, under the tutelage of its distinguished Organist and Choirmaster Robert Owen. With Bachelor’s and Master’s degrees in organ from The College of Wooster and The Peabody Conservatory of the Johns Hopkins University  respectively, John continued advanced studies in choir training, conducting, repertoire and Anglican church music history at the Royal School of Church Music in England. As Fellow in Church Music at Washington National Cathedral, he was second assistant organist, assisted in the training of the choir of men and boys, and authored   a paper on the history of the former Cathedral College of Church Musicians. From 1992-94 he lived in England, first as a Choral Scholar in the choir of Wells Cathedral and then as a Lay Clerk in the choir of Gloucester Cathedral. In both places he taught in the cathedral schools and pursued research into the Anglican cathedral choral tradition.

John was Assistant Organist-Choirmaster at Christ Church in Greenwich, CT,  choral music teacher at St. Andrew’s School in Middletown DE and St. Stephen’s and St. Agnes School in Alexandria VA, and Director of Music at St. James Church in  Lancaster, PA. In Rhode Island, he was Organist and Choirmaster at St. Michael’s Church in Bristol before taking up interim appointments at St. Luke’s in East Greenwich, St. John’s in Barrington and St. Barnabas in Warwick. He is member of the American Guild of Organists, the Royal School of Church Music in America, the Association of Anglican Musicians, and the American Choral Director’s Association.