You are here: Home / Mark Sutherland 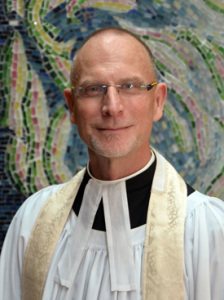 Mark is a native of Christchurch, New Zealand. In 1977 he graduated with an LL.B (Bachelor of Laws) and left for the United Kingdom in 1978, where he lived until 2008. He was ordained deacon in 1985 after attending seminary at Ripon College-Cuddesdon one of the three Oxford seminaries. He completed his final year at the Church Divinity School of the Pacific, a member of the Graduate Theological Union at the University of California, Berkeley. Upon returning to the UK he was ordained a deacon in 1985 and priest the following year. He served for seven years in two parishes in the Diocese of London before taking a position at the Bethlem Royal and Maudsley Hospital Trust where he was the Presiding Chaplain for 18 years. Mark also has a Master of Arts in Adult and Continuing Education from the University of London and an MA in Transpersonal Psychotherapy from the University of East London. He has published and spoken widely on the interface between spiritual and emotional health and development. In 2008 Mark and his spouse Al, moved from London to Phoenix, Arizona to be closer to their granddaughter Claire, along with Amelia, and Kevin, her parents.  Mark was appointed Canon for Congregational Formation at Trinity Cathedral in Phoenix where he also served as Interim Dean from 2012 to 2014. In 2014 he accepted the call as the 12th Rector of St Martin’s in Providence. Mark and Al now live in downtown Providence with their Cocker Spaniel, Charlie Girl.