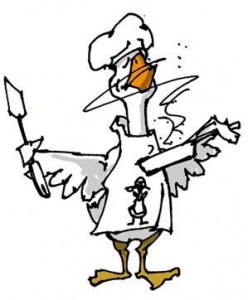 Since 1867, May Breakfasts have been the way Rhode Islander’s commemorate the State’s Independence, declared on May 4th 1776. Rhode Islanders are very proud of the fact that this was two full months before any of the other original colonies broke political ties with the British Crown. Another interesting fact is that while RI was the first of the 13 colonies to secede from the United Kingdom, it was the last of the original 13 to join the newly formed United States, which it did on May 29th, 1790.

On May 6th, greet members of the 2nd RI Regiment of the Continental Line in authentic costume with re-enactment displays. Enjoy dulcimer music played by the ‘Liberty Strings’, a three-member ensemble from the Rhode Island DAR.  The ‘Thrifty Goose’ Thrift Shop will be open from 7am-12: 30 pm.

All proceeds go to Epiphany Soup Kitchen and the Episcopal Conference Center.